A recent study in the Pig Farm, the research centre of Denkavit, has shown that supplementary feeding of piglet milk has a very positive effect on the performance of piglets after weaning. This study compared the performance of piglets with three different feeding programs in the farrowing pen. The piglets were followed after weaning and the positive effect is particularly visible there. In this article we explain the results of our research.

Piglet milk is fed to wean growing litters with the highest possible weight. You feed piglet milk as a supplement to sow milk to limit the loss of condition of farrowing sows and to keep fertility and productivity high. In practice we see that the milk production of the sow alone is not enough; piglets already need additional energy four to five days after birth. Supplementary feeding of piglet milk ensures extra feed intake, which makes the piglets more vital and enables them to grow faster. Recent research from our Pig Farm has confirmed that this growth is enlarged after weaning.

“Whether or not to feed piglet milk can make a difference up to 200 to 400 grams of weaning weight per piglet.”

The positive effects of feeding of piglet milk also continues after weaning. The piglets are used to taking in different types of supplementary feed from other sources in addition to sow milk. As a result, their intestines are better prepared for the period after weaning. This effect is reflected in our research results. In our study, the piglets were followed up to 36 days after weaning. During this period, feed intake and growth per day was significantly higher in the groups that received the luxury piglet milk before weaning. This is also reflected in the final weights. For example, piglets in the B group, with the most luxurious piglet milk, have an average final weight of 2.4 kg higher than the piglets in the group that were only given a prestarter during the farrowing period.

This study has made it clear that the first positive effects of feeding piglet milk are already visible in the farrowing pen. In addition, significant after-effects on feed intake and growth of the piglets occur in the period after weaning. At the end of this study (day 63), this already lead to added value in the form of extra kilograms of final weight. It is expected that increase will even further expand in the in the fattening phase in the form of extra final weight at slaughter age. The value that additional feeding of piglet milk further provides by keeping the sow in good condition and faster weight recovery of the sow during/after the lactation period is more difficult to express in euros, but certainly provides an additional argument for considering additional feeding of piglet milk. 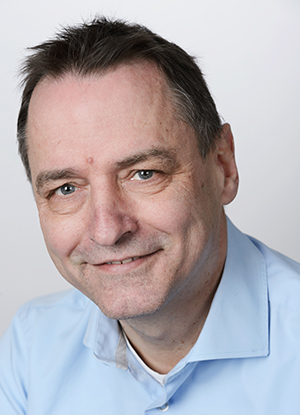 Peter van 't Veld | Technical Manager
For young animals, finding and maintaining an optimum mutual balance between environment, care and nutrition is a continuous and interesting challenge. As a veterinary science graduate, and from knowledge and prior experience as a field veterinarian in practice, at Denkavit I take pleasure in contributing to the research activities and product development with regard to animal nutrition and animal health support.

Feeding a prestarter after weaning pays off

The Denkapig Safe Concept; the alternative to zinc oxide?