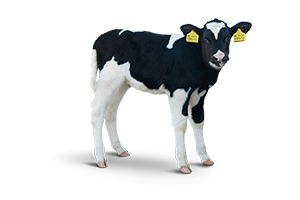 Every day in normal metabolism, an epic battle is fought in all cells of the body. During normal cellular respiration, the generation of energy by “burning” fuels, free radicals are formed. Free radicals are atoms or molecules that contain 1 or more unpaired electrons. Normally electrons exists in pairs, this is a stable situation. Having an unpaired electron is an undesirable situation for the molecule or atom because it is highly unstable, making it reactive. What these free radicals do to become stable again is they steal an electron from someone else or they donate the electron.

The previous free radical is now stable but it has created a new free radical in its neighbour, setting off a chain oxidation reaction. Often these reactions change the structure and function of molecules causing cellular damage. Providing a healthy environment and a balanced diet is therefore essential to maintain the balance between free radicals and antioxidants for the benefit of the animal.

Common free radicals that are formed during normal cellular respiration are the so-called reactive oxygen species (ROS): superoxide anion (O2-), hydrogen peroxide (H2O2), and hydroxyl radicals (OH●). ROS commonly try to steal from or donate electrons to nitric oxide, creating reactive nitrogen species (RNS), and poly-unsaturated fatty acids (PUFA) in the lipid bilayer of the cell membranes. Peroxidation of PUFA in cell membranes causes changes in structural organisation and alterations in membrane functions. The cell can quickly lose the ability to keep functioning properly when its membranes are damaged and can even die eventually. The formation of RNS creates all sorts of problems too. It reduces for instance normal regulation of blood flow to tissues through vascular muscle contractions, reduces the functionality of haemoglobin and ceruloplasmin in transporting oxygen and it can even damage DNA inside cells. The action of stealing and/or donating electrons will keep on going until it can be stopped by the action of the body’s antioxidant systems.

Antioxidants are molecules that are capable of donating an electron to a free radical, making it stable again. Through a series of reactions the antioxidant will be regenerated. One of the antioxidant systems is based on a partnership between ionized transition metals in our body (Fe, Cu, Zn, Mo, Cr and Mn) and proteins. These metal ions have great tendency to steal/donate electrons in free ionized form and can therefore be dangerous when left alone. The body uses this tendency to form an allegiance, creating antioxidants. Mn-, Cu- and Zn-superoxide dismutase (SOD) are examples of such antioxidants and are found in all cells. They work to neutralize ROS, together with catalase (contains Fe), into water and oxygen.

Providing a healthy environment and a balanced diet

One of the other common antioxidants is glutathione (GSH) peroxidase, which contains Selenium. It will work to stabilize hydrogen peroxide. A lack of dietary Selenium will quickly lead to a shortage of GSH. Like with the transition metals, an excess of Selenium will readily generate free radicals if it is left alone.
Next to metal-protein combinations, vitamins can also serve as antioxidants. Vitamin E and Vitamin C are potent antioxidants. Both vitamins are obtained through the diet and adult ruminants can also synthesize vitamin C themselves in their liver. Vitamin E is a membrane-bound antioxidant, protecting the PUFAs in the lipid bilayer of the cell. Vitamin C will be present in the cytosol of the cell, working for instance to regenerate Vitamin E. When the generation of free radicals in the body exceeds the capacity of the various antioxidant systems to neutralize them or when the extend of the damage is too large we speak of oxidative stress. To make sure that the antioxidant capacity of the body is of high level we need to supply the crucial components like Cu, Zn, Mn, Se and Vitamin E and C via the diet in balanced amounts. Also, factors like stress, air pollution and infection can put pressure on the antioxidant system by generating higher levels of free radicals. Providing a healthy environment and a balanced diet is there for key to keep the balance between free radicals and antioxidants in favour of the animal.

Keep your friends close but your enemies closer

As they say, keep your friends close but your enemies closer. Not all free radicals are bad, they are a part of our innate immune defence mechanism as well. As said before, free radicals can damage cell components causing them to loose function. This action is used by our immune cells to fight off unwanted intruders like bacteria and parasites. When phagocytic cells, like macrophages and neutrophils encounter bacteria they can engulf the invader within a phagosome, a holding vessel. This phagosome will then fuse with a lysosome, a container with free radicals like RNS in case of macrophages and ROS in neutrophils. The free radicals will attack the lipids in the bacterial wall and their DNA which will hopefully kill the pathogen. Normally these dangerous components are kept out of harms way in these phagosomes and lysosomes inside immune cells. However, during prolonged inflammation these free radicals can be released outside of the immune cell resulting in more collateral damage and increasing the demand on the antioxidant systems of other cells. During and after inflammation the need for antioxidants is high to prevent excess damage in tissues and to speed recovery. Supplying animals when needed with some extra trace elements like Cu, Zn, Mn and Se together with the antioxidant vitamins E and C will support immune function and antioxidant capabilities.

The formation of free radicals is a normal part of everyday life inside the cells of the body. Advanced antioxidant systems keep free radicals under control and prevent damage by making use of the free radical properties of (transition) metals like Cu, Mn, Zn, Se and Fe or through Vitamin E and C action. Providing these components in balanced quantities in the diet of our animals will ensure their health and immune function.

Curious to other news items about calf rearing?

How to choose your feeding schedule of calf milk replacer?

We are a proud partner of Global Dairy Farmers